Ed and Judy Schuck, my parents.

Forty years ago this year, Judy Schuck, who happens to be my mom and a prominent figure in Travel Oops, traveled with my dad, Ed, and friends of theirs, Audrey and Harry, to Bulgaria during the Cold War. Engineers for Medtronic, Ed and Harry had been invited to attend a medical conference in Sophia, Bulgaria.

The reminder of Communism was ever present and the feeling of being watched was very real. However, according to Judy, the Bulgarians were lovely people. Ultimately, politics again entered the scene because when the Schucks were leaving Bulgaria, it was right after the tragic shootings at the Munich Olympics. Their flight back to the United States was detained because the pilots of the plane were not going to fly through Syrian airspace.  That, however, was just one of the mishaps.

Where was one of your most memorable Travel Oops?

What happened in Bulgaria? 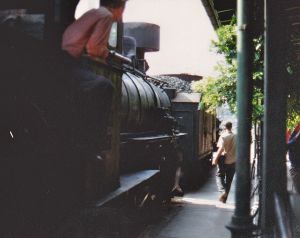 This was 1972 and although they were letting tourists in, Bulgaria was still in control of the Communists and the government. And to get there from Yugoslavia, we took the Orient Express. It was the worst [train] you could imagine and the only difference between first class, which we paid for, and coach was that in first class, you had cushions and pads on the wooden benches.

We were traveling with another couple, Audrey and Harry. Harry began knocking on the window of that first class car, showing the officer his first class ticket. It was clear the officer wasn’t going to respond, but Harry continued to knock.

What was your reaction?

We were horrified because we did not want to spend the rest of our lives in Bulgaria. Finally, we got Harry to stop.

Did anything else happen on the train?

Well, then it was the matter of having to show our papers all the time. It was probably six times on the journey between Yugoslavia and Bulgaria that someone came through and asked to see our visas, our passports, or whatever. So when the last person came through and we produced all of those things and he kept saying “no, no, no,” we finally figured out that he was the conductor. He just wanted our tickets, and he didn’t want any of our papers. 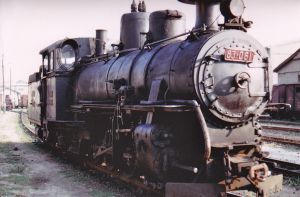 What advice would you give to a person who is experiencing a Travel Oops or someone who is facing the unexpected?

Do your best to remain calm. Be polite. Ask for help, because people are really generally very helpful.

However, if you are in the situation like the one we were in, just don’t challenge. You just need to nod and look like you’re trying to do what they want you to do. And don’t argue.

When retelling the story of this trip, what do you think now?

Outside the men’s restroom in the train station
© Audrey Friedman

Now I think it’s funny. I can’t imagine why we couldn’t figure out that man was really the conductor. But at that point, we were so intimidated and we were always worried about what Harry was going to do. Because Harry was dyslexic and he couldn’t read very well, he found out what he wanted to know by being very very persistent in asking questions. In some ways that’s that best person in the world to travel with because Harry always got an answer.

But, in other ways, it was pretty scary to have him being so insistent because there were just times you needed to use common sense and not persist.

However, on that trip another thing Harry did was take pictures of, I think, missiles that were on the Bulgarian border and when we got home both Harry and your father were later visited by either CIA or FBI agents asking them questions about what they saw and experienced in Bulgaria. [Harry actually took photos of bunkers that were protecting MIG 21 fighter planes.]

The other thing that happened in Bulgaria that was unsettling was that you could not do anything without going through Bulgarian tourism, which was owned and operated by the state. You couldn’t make a dinner reservation; you couldn’t rent a car; you couldn’t do anything, so you felt, and I think accurately, that they knew where you were just about every minute of the day. 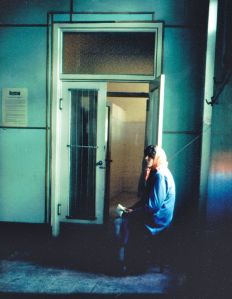 Woman attendant outside the restroom in the train station
© Audrey Friedman

How were the people?

Would you travel with Harry again?

Actually, yes. He made it an adventure.