Roads and streets are definitely symbolic when it comes to travel. Just listen to Steppenwolf’s “Born to be Wild” or read Jack Kerouac’s On the Road. Of course, when you are stuck in traffic during a commute, the road is the last place where you want to be. But, when you’re traveling, roads and streets always lead somewhere new or unexpected. Sometimes it’s not always the destination, but what you see on the way that is so striking. (The photo above was taken along a remote road on Kangaroo Island, Australia. 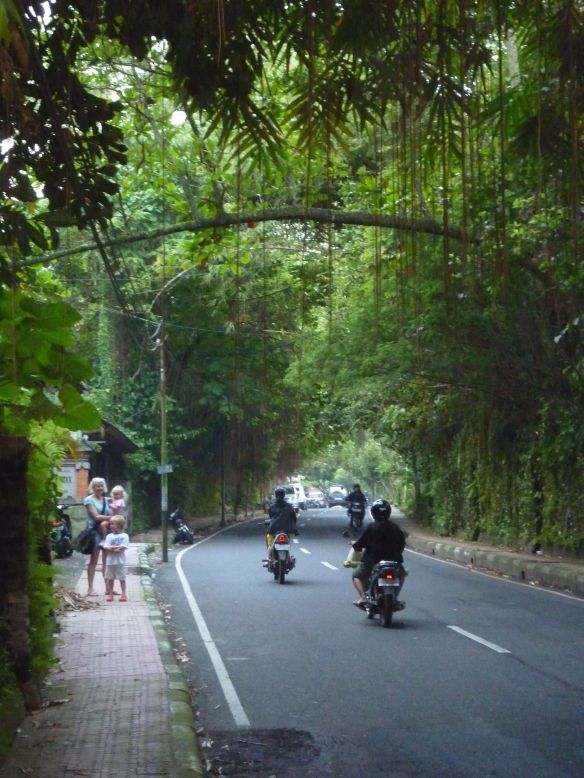 Ubud, Bali Indonesia. This felt like you were right in the jungle with a bit of asphalt.

Mt. Hood, Oregon. When you turn the corner on this highway, this is the view you are greeted with. Look at how the car (in the bottom of the photo) is dwarfed by the evergreen trees, which almost form a canopy. 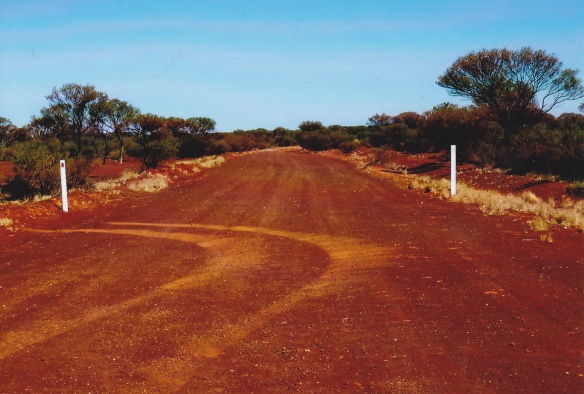 Northern Territory, Australia. The red soil of the dirt roads is so beautiful and endless here. It’s a strange feeling of gorgeous desolation.

London, England. The view of the soggy streets from a double decker tour bus is wonderful (especially if you’re not walking on the streets!)

Paris, France. The Champs-Élysées. Not much more needs to be said about this fantastic, iconic street.

Kiev, Ukraine. This pretty little green car caught my eye amid the chaos of rush hour parking and traffic on a small Kiev street. I believe that may be a ticket on the windshield.

Andalusia, Spain. Because I was here during Semana Santa (Holy Week), this was one of the few streets that did not have a procession with relics marching down the pavement.

Nordwijk, The Netherlands. This intersection appeared fairly confusing when I first approached it. It was one of the first streets to have crosswalks with a chirping sound for blind pedestrians. Very cool. 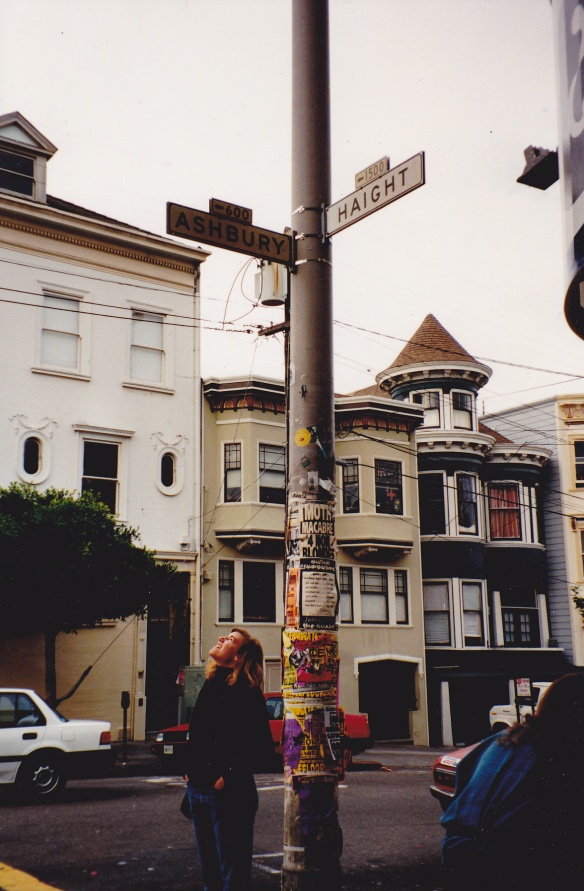 San Francisco, CA. The Crossroads of the Counterculture. Haight and Ashbury, these two very iconic streets, at this time, hosted at the corner, a Gap and a Ben and Jerry’s right across from each other. The Crossroads of Consumerism now, I guess. 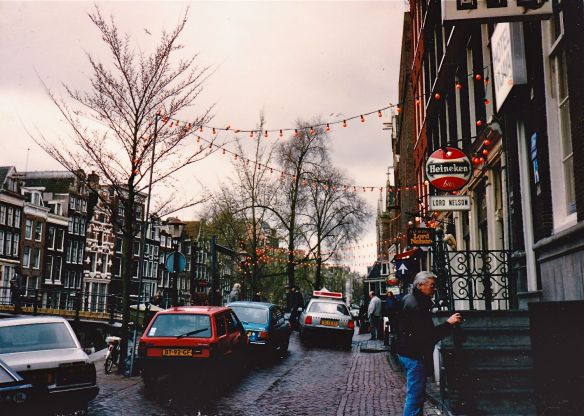 Amsterdam, The Netherlands. How cheerful and precise to see red Christmas lights strung across one of the streets of the red light district.

Naxos, Greece. It’s annoying to see deer along the roads where I live in Colorado (since they will more than likely run out in front of you.) However, seeing goats along a dirt road in Greece was exciting and charming to me.

East Berlin, East Germany. This was back when Germany was divided. It was strange to see the police crossing an empty street, and then a normal looking city bus traveled by. These streets seemed unknown and somewhat ominous. Maybe I saw too many movies with Communists as bad guys in the 1980’s.

Checkpoint Charlie, East Berlin, Germany. This was one of the most surreal streets I’ve ever seen. One minute you’re in American territory and the next you are in Soviet controlled turf. Plus, just knowing the symbolism, division and the reason for checkpoint was pretty heavy. 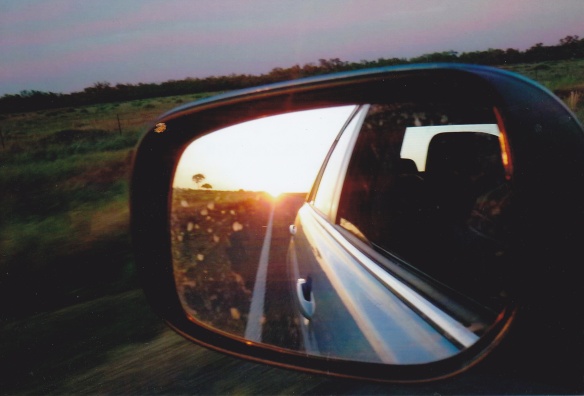 New South Wales, Australia. I just like the photo that captures where you’ve been and where you’re going. That’s travel.

4 thoughts on “The Travel Ahh…Roads and Streets”