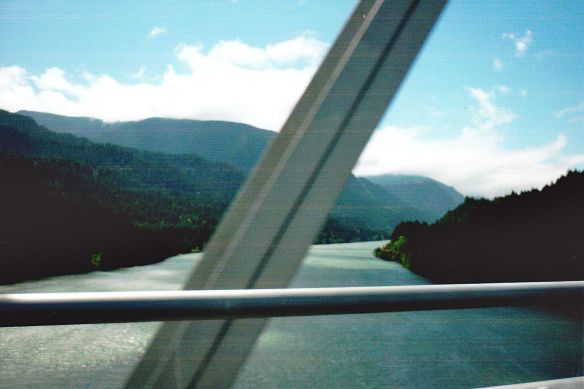 I love bridges. They are artistic, functional and symbolic.  Just the idea of connecting two places along with a way to further travel is enough reason for me to appreciate bridges. It must have started for me at an early age because grew up in Eden Prairie, MN, USA. It was the town with the Graffiti Bridge, after which rocker Prince named his 1990 movie and album. The following are photos from my travels, and the majority are pictures of structures found in the United States, Europe and Australia. One of my travel goals is to take photos of bridges in Africa, South America and more from Asia.

Above is the Hood River Bridge that spans over the Columbia River from Hood River Oregon and White Salmon, Washington. 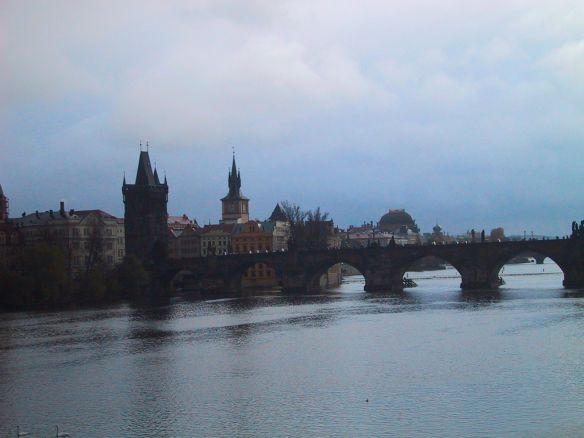 Prague, Czech Republic. Prague has the bridges — here’s the Charles Bridge, which is sort of sandwiched in between two other bridges. It is a very recognizable landmark.

Florence, Italy. Ponte Vecchio is a medieval bridge that spans over the Arno River, and it is a very famous landmark. 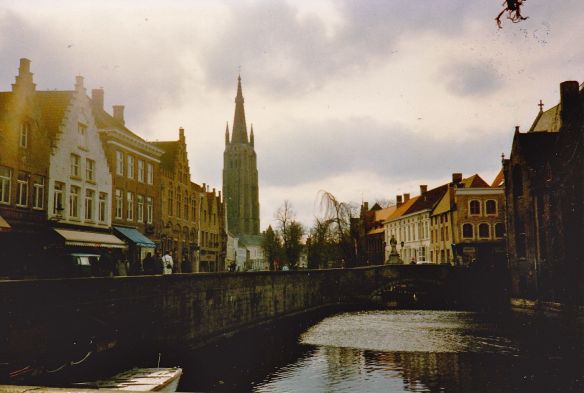 Minneapolis, Minnesota, USA. Over the Mississippi River in the rain. 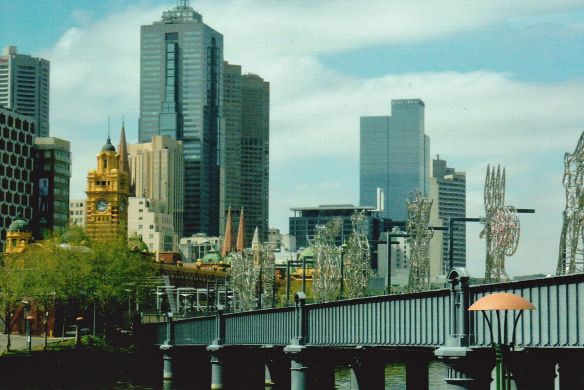 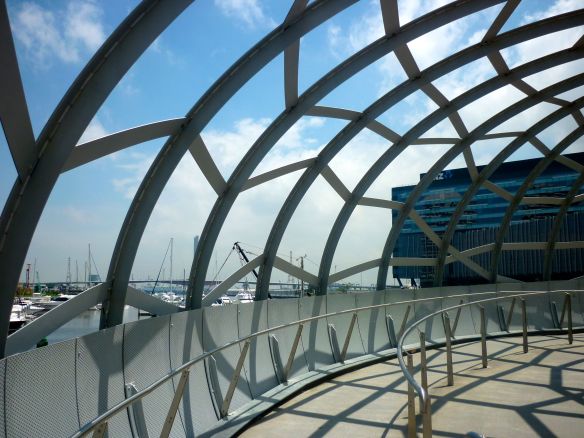 Webb Bridge, Melbourne. This beautiful, artistic bridge is a walkway to the Melbourne Docklands. 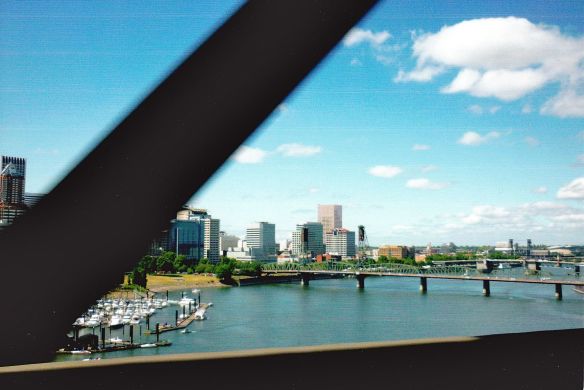 Portland, Oregon, USA.  A glimpse of Portland’s many bridges from a bridge.

Portland, Oregon, USA. I love how many bridges in cities are a peek-a-boo sight because they blend into the background.

Sydney Harbour Bridge, New South Wales, Australia. The iconic Harbour Bridge is an integral part of the Sydney Skyline by the harbour, Circular Quay, and the Rocks neighborhood. 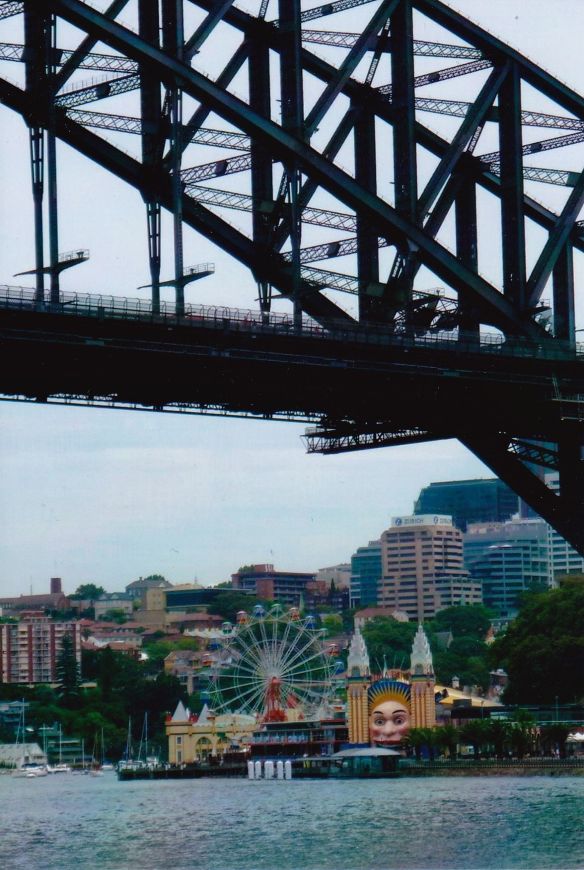 It’s wonderful how the amusement park Luna Park in Sydney is really the focal point in this photo, but the Harbour Bridge is sort of creating a frame. 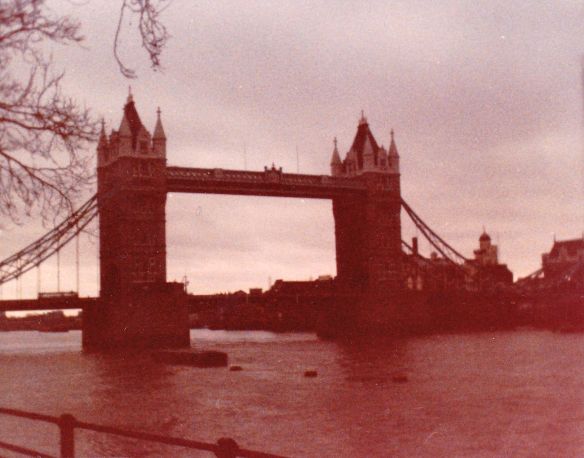 Tower Bridge, in London, England, is one of the most famous bridges in the world. Certainly, many English-speaking people heard as children the song “London Bridges falling down…” Here it is, albeit a really grainy, tired looking photo.

San Francisco, California, USA. The most iconic bridge in the United States, the Golden Gate Bridge, is spectacular and, pardon the cliche, never ceases to take my breath away.

Ubud, Bali, Indonesia. This is a foot bridge that is set in one of the most lush, green beautiful places I’ve ever been.

Florence, Oregon, USA. I just loved the optimistic view from this basic bridge.

Leiden, The Netherlands. Because of all the canals, Holland is full of bridges and some of the more hidden ones are the ones that stick out to me. 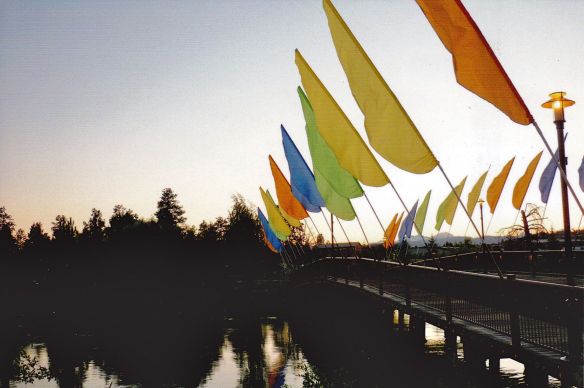 Bend, Oregon, USA. This is one of the prettiest bridges I’ve seen in my travels. It’s a simple bridge that goes over the Deschutes River. The reflection of the evergreens along with the colorful flags make this a welcoming little bridge.

10 thoughts on “The Travel Ahh…Bridges”