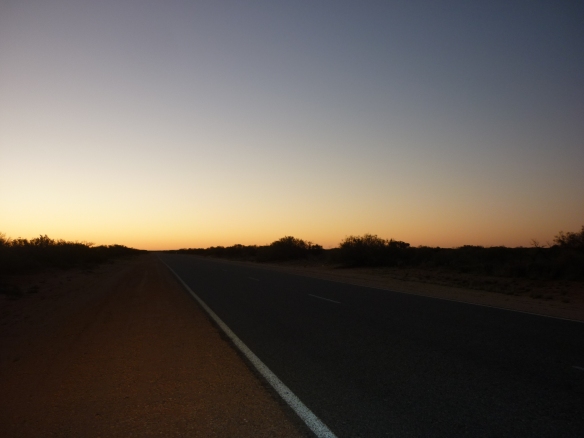 Get off the road! Don’t go into the light…

When Australians, who are generally straight forward, tell you not to drive in the bush or outback at dusk, listen to them. They know what they are talking about. And they’re talking about kangaroos and camels — but mostly kangaroos — in the headlights. Kangaroos constitute most of the road kill in Australia. In fact, many Australian vehicles have large metal “roo guards” on the front to protect the radiator in case of a hit. Our rental caravan, however, merely sported the logo of the company.

Driving from Perth, Western Australia to Exmouth, WA, is a haul. Western Australia is huge and it’s easy to misjudge distances. Kurt and I found ourselves in the outback at dusk and then dark with no sign of any towns for several hundred kilometers. Yikes! 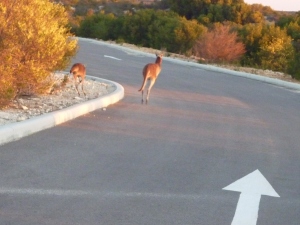 Here they come. This isn’t even at the height of roo crossing time.
© Stephanie Glaser

We began to scan the sides of the highway; our roo radar was in high gear. It proved to be easy to spot them because they were everywhere. Sometimes they were alive, waiting on the side of the road with their eyes reflecting the headlights. Ultimately, one would decide to spring out. Like deer, they tend to follow one another.

Seeing kangaroo reflector eyes so frequently unnerved me a bit. It was like Night of the Living Dead. And, then, of course, there were the dead roos. Our kids, Eddie and Kasey, were a bit freaked by the sight of all the kangaroo carcasses appearing on the sides of the highway about every half kilometer or so.

If you find yourself in the outback at night, the best option, other than pulling over or stopping in a town, is to follow a road train. These are semi trucks that pull up to four trailers attached together. Road trains will plow through any obstacles including hopping ones. In fact, much of the remains on the sides of the roads were the result of passing road trains. However, in addition to not seeing any towns, we saw no road trains. 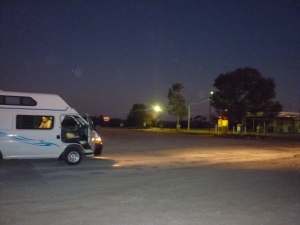 We finally stop at the Wooramel Roadhouse
© Stephanie Glaser

I never thought I’d experience white-knuckle driving on a flat, dry road. However, that’s the way the driving went. Finally, we saw a sign for a roadhouse.

An Australian roadhouse is like a truck stop in the bush and a unique experience. In addition to gas, they often have a cafe, bar, lodging and sometimes live entertainment or dancing.

The Wooramel Roadhouse (their postcards and magnets display an SUV driving over a sheep) was an oasis for sure.

We ate in the camp kitchen, which had numerous fly strips, completely filled, adorning the rafters. It didn’t matter since fly strips are a necessity in the outback. After a fitful night’s sleep at our campsite, we had a decent shower and then fueled up at the petrol station.

We then met the owners of the Wooramel, Phil and Eric from Northern Ireland. They were hilarious brothers who used to live in urban areas (Belfast and Sydney) and then bought this place to escape the fast lane. Phil and Eric accomplished that goal — especially since  you cannot go fast in the outback, at least at night. 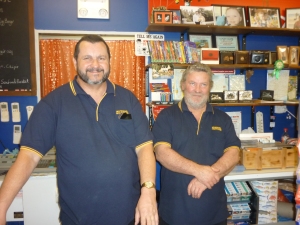 2 thoughts on “Night of the Living Dead — or rather, roo road kill”