Speaking of embarrassment, here are some terms that may make for an awkward moment or even get you into trouble while you are traveling in other English-speaking countries.

Fanny Pack, in general, it is just something to completely avoid anyway. However, if you must use one, then don’t speak of it. Fanny is basically women’s genitalia in the UK, Australia and New Zealand — not bottom as in the US. You can imagine what might happen if you were to say, “My fanny pack has too much in it and it is in an awkward position.” Yep…avoid wearing and talking about a fanny pack.

Period — you probably won’t talk about grammar while traveling, but be aware that period means only one thing in Australia, New Zealand and the UK. Menstruation. “Full stop” is what you want to mention if you are talking about the punctuation mark at the end of a sentence. If you want more details on the consequences of using this term, see the Travel Oops post, “Getting Schooled in Aussie Slang.” https://traveloops.com/2012/08/02/getting-schooled-in-aussie-slang/

You will probably not come across this next term unless you are talking about school supplies. However, it is worth noting that if someone in Australia, New Zealand or some parts of the UK ever asks you for or wants to borrow a rubber, he or she is not talking about condoms.  A rubber is an eraser. (When we lived in Australia, it freaked me out when my five-year-old son, who was doing homework, asked me if we had any “rubbers” in the house.)

Pants — in the UK, the term “pants” means underwear. So if you like the article of clothing that someone is wearing on his or her bottom half in Great Britain, don’t say, “I like your pants.” Use trousers instead. 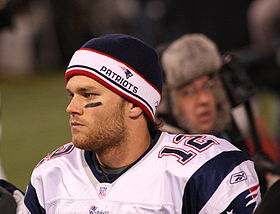 Root — This can get you into trouble in Australia and New Zealand, especially since both countries are heavy into sports, so it’s easy to talk sports.

Since Americans use “root” as another word for “support,” it’s easy to say something like, “In the US, I root for the Patriots.” This would translate into you having spirited sex with Tom Brady and all his teammates.

Sheila — In the US, Crocodile Dundee made this a recognized term for a female.  However, now it is an outdated term. It’s like calling a woman a “broad” or a “dame” in the US.

These are just lame expressions you should avoid:

“Throw another shrimp on the barbie” is cringer that perhaps we learned from the Outback Steakhouse, restaurant chain. Most Australians do not cook shrimp (which they call “prawns”) on a barbecue.

“Foster’s: Australian for ‘Beer’”— The widely successful and funny US ad campaign for Foster’s Beer, which conveyed the idea that everything in Australia is hard-core, tough and exaggerated, has left many Americans thinking that pretty much Foster’s is THE beer of choice (or perhaps the only beer) in Australia.

Australian businessman Mark Burgoyne says: “Don’t ask ‘so do y’all drink Foster’s then?’  — No one here [in Australia] does. Also, the over exaggerated, ‘G’day mate’ as a way to make a joke just comes across as lame (when people did it to me in the US, I would respond with ‘howdy, pardner,’ as a way to illustrate how silly it sounded.”

Aborigine is considered outdated and derogatory to indigenous people in Australia. It is like using “Negro” in the United States. Both terms are too closely associated with discriminatory policies and racist attitudes of the recent past. While “aboriginal” may not seem that different, it is the preferred term to use when generally referring to indigenous Australians or culture. For example, “I would like to see some aboriginal art.”

In Ireland, no matter how proficient you are at doing shots, do not order an Irish Car Bomb (yikes – with all the history of internal strife, tragic violence and unrest in Ireland, it would be like asking for a drink called a “911 Hijacker” in the US.

A request for a Black and Tan also would be very troubling for an Irish bartender or for Irish pub goers to hear. In Ireland, a Black and Tan is not a half and half combination of Guinness and Bass beers as it is in the United States.

A Black and Tan is associated with a terrorist military group of the early 1920’s. Not long after World War I, during the Revolution in Ireland, the Irish were attacked and terrorized by military units formed by Winston Churchill and hired by the British affiliated Irish government at the time. The brutal mercenary groups, comprised mostly of British World War I veterans, were nick-named the “Black and Tans” because of the color of their uniforms. (http://www.independent.co.uk/news/world/europe/irelands-war-of-independence-the-chilling-story-of-the-black-and-tans-475005.html)

According to the UK’s newspaper The Independent:

Although the Black and Tans force was deployed for only a couple of years, from 1920 to 1922, nationalist Ireland still associates it with murder, brutality, massacre and indiscipline in the years leading to southern Ireland’s independence.

In this instance, its reputation is not based on any republican propaganda and exaggeration, since there is no dispute that “the Tans” killed and destroyed on a large scale. Nor did they make any secret of their ferocious reprisals. When a Tan was killed in Cork, they burnt down more than 300 buildings in the city centre and afterwards proudly pinned pieces of burnt cork to their caps.

Ultimately, avoiding the use of embarrassing, inappropriate or offensive words is a matter of doing a bit of homework before you travel to another country. Just remember if you say something awkward, you can’t use a rubber to take it back.

9 thoughts on “Avoid the Oops”