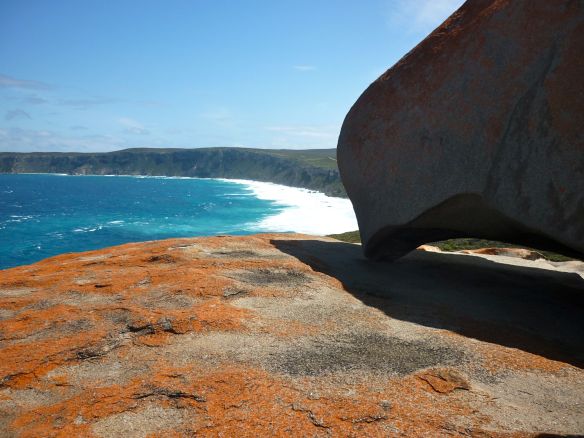 I’m no geologist, but rocks have fascinated me for quite some time. I love how they are completely created by the changes in nature. The following rock photos are mainly from Australia, which ROCKS (sorry, pun intended) in terms of cool geological formations. In earlier posts, I’ve included  photos of Uluru, which is magnificent and magical, (and also here) so I’m focusing on some other very cool rocks this time. The above photo and the next three are of the Remarkable Rocks in Flinders Chase National Park, Kangaroo Island, South Australia. 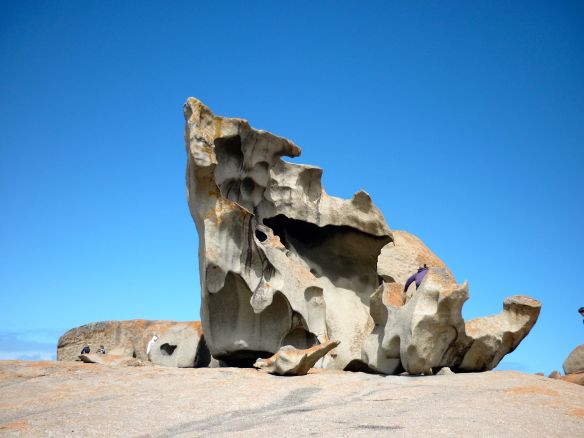 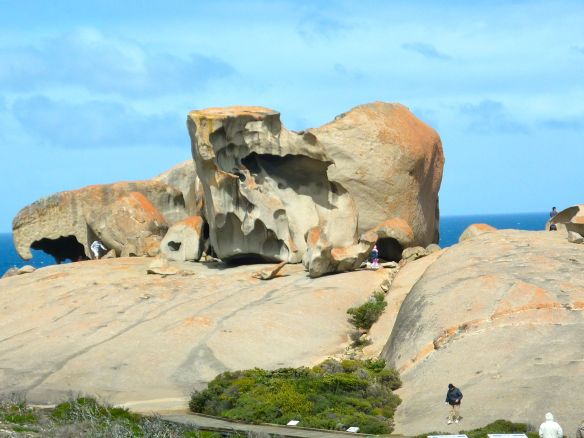 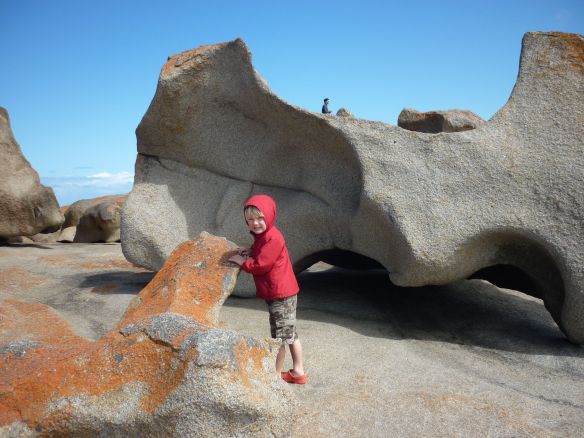 The rock behind my son Eddie almost looks like a dinosaur bone. At the Remarkable Rocks, Kangaroo Island, SA. 2010

My husband Kurt has Opal Fever in Coober Pedy, South Australia. Eddie just wants to slide down the huge mound. 2010

My daughter Kasey noodling for opals at a mining museum in Coober Pedy, South Australia. 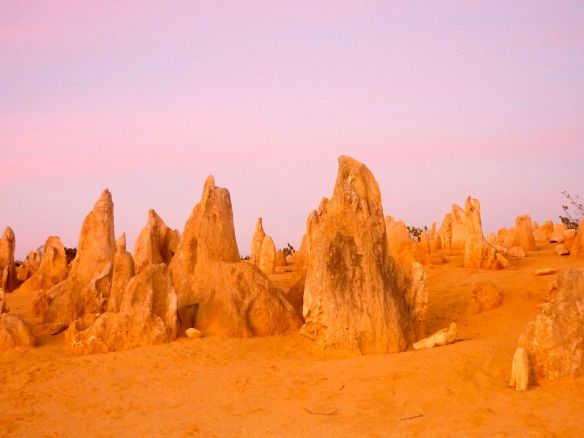 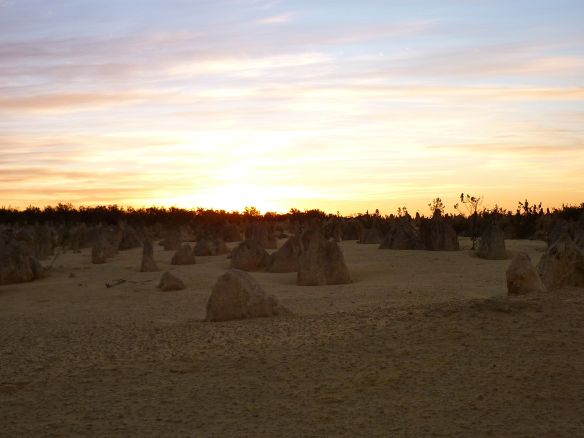 It almost looks like a stegosaurus was buried in sand. The pinnacles have such a mysterious appearance it wouldn’t really surprise me if dinosaurs were part of their makeup. © Stephanie Glaser (2010) 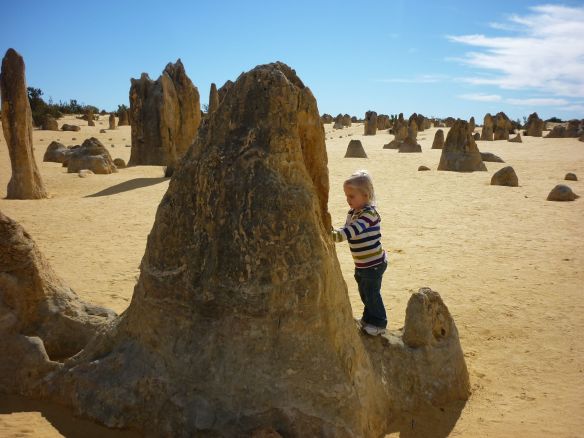 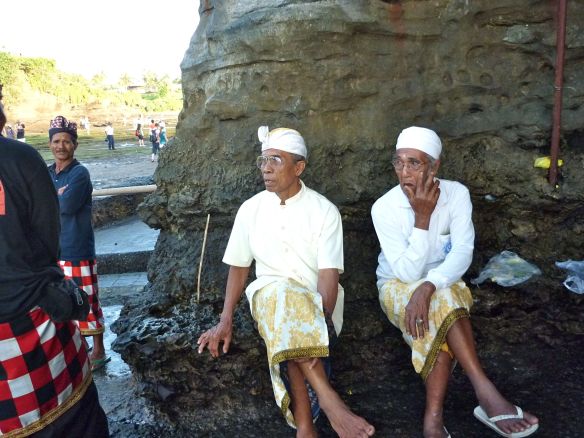 Hindu priests take a break from giving rice blessings at the temple Tanah Lot in Bali. The volcanic rock jutting out makes for a place to take a breather. © Stephanie Glaser (2010)

Kurt with Eddie and Kasey in Alligator Gorge part of Mount Remarkable National Park in South Australia The Alligator Creek carved out this gorge of quartzite. © Stephanie Glaser (2010). 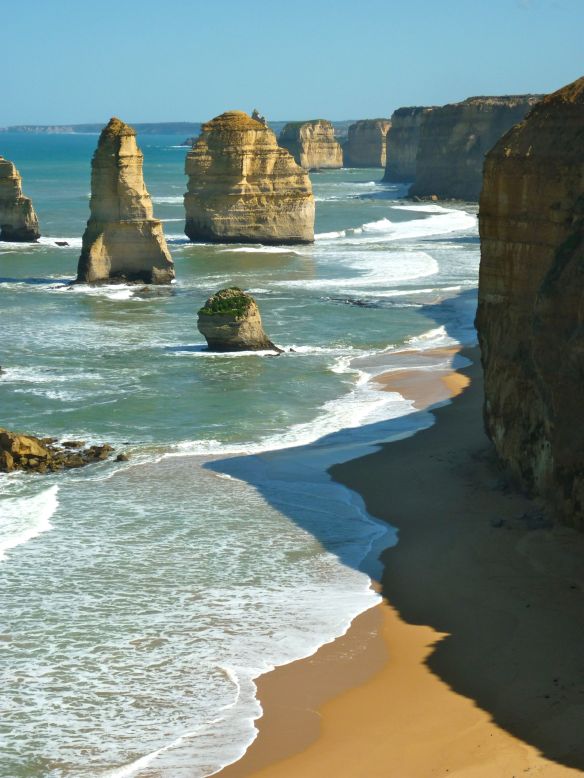 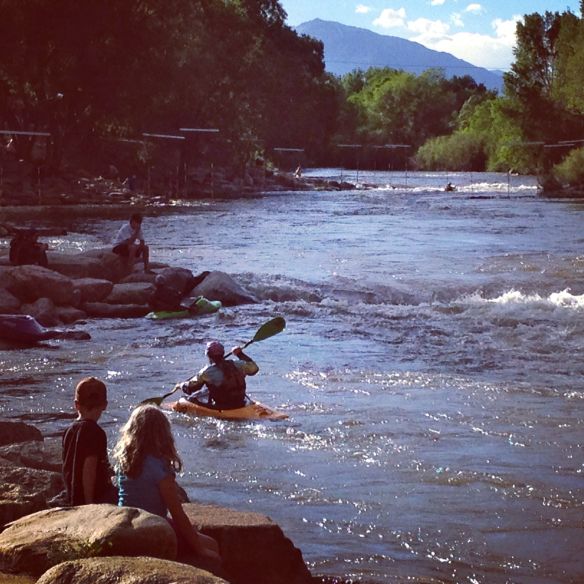 I was trying to capture the contrast of the granite rocks with the clouds on this one. Fremont Co. Colorado. (2013)