Nebraska. This flatland is anything but plain.

One may think that driving through the flat land of Eastern Colorado, Nebraska, Iowa and Southern Minnesota could be a mind and butt numbing prospect, I’m not going to lie. There are some stretches that certainly induce a conscious coma. However, someone dreading this drive in a minivan with the family during winter around the holidays simply isn’t looking at the positives.

Positive One: Reading! Kurt, my husband, decided to drive the entire route on Day 1, so I caught up on my reading, Marco Polo Didn’t Go There by Rolf Potts. It was quite pleasant, actually, at least for me. Additionally, I tweaked my knee after falling while skiing two days before our road trip (more to come on that in another post), so I had no choice but to stay off it while in a car.

The snow blizzard ghosts can be quite hypnotic.

Positive Two: Ground Blizzard Ghosts.  Also, when driving through Nebraska, you can enjoy the swirling of mini ground blizzards. The light snow churns up in whirls and patterns, and as a nerdy English teacher, I can’t help but think of Henry David Thoreau and a passage from Walden:

For the first week, whenever I looked out on the pond it impressed me like a tarn high up on the side of a mountain, its bottom far above the surface of other lakes, and, as the sun arose, I saw it throwing off its nightly clothing of mist, and here and there, by degrees, its soft ripples or its smooth reflecting surface was revealed, while the mists, like ghosts, were stealthily withdrawing in every direction into the woods, as at the breaking up of some nocturnal conventicle.

Positive Three: Instant naps for overly tired kids. My kids, Eddie and Kasey, are pretty good travelers. When we lived in Australia, we embarked on a fair number of road trips, so the kids don’t complain much when they’re in the car. But, they can fall prey to the “How much longer?” When are we there? At one point on Day 2, both kids, too bored to even play with electronics, took naps. This was a score since the excitement of staying in a hotel with an indoor pool off the interstate in Nebraska had amped them up considerably the night before. 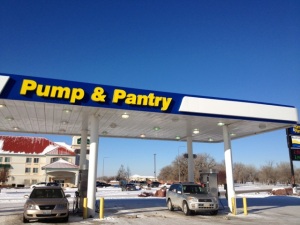 The Positive WINNER: Truck Stop Treasures. But really, the best part about the road trip was checking out the offerings at truck stops. Truck stops are awesome to begin with. They are an oasis within the endless frozen farmland. Moreover, some fabulous merchandise definitely exists and rests on the shelves of Loaf and Jugs, Flying Js, Pump and Pantries, Pilots and many more… From skull and camouflage collections to pickled eggs, worms, designer incense and pig shot glasses. Soon Eddie, Kasey and I tried to find the most “unique” item at each stop. Here are some of our finds:

I can only imagine how “patriotic” your car with smell with this all-American designer scent.

Native Americans from the plains checking out the residents from the savannah. 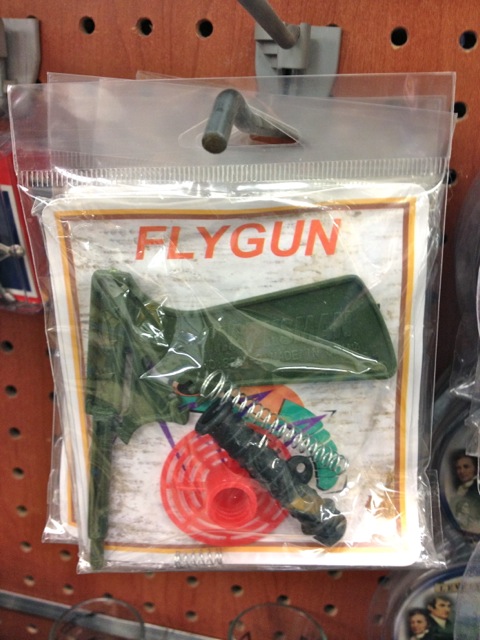 Not sure exactly what this does…

A gun display with pickled eggs on the side. 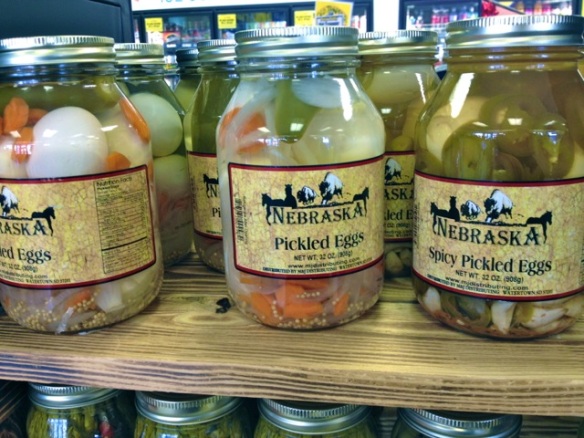 Closeup of the eggs.

Just in case you and your music want to blend into the woods.

I was just intrigued by the brand: Bad Jewelry…Is Titanium that bad? Maybe Plutonium would qualify. 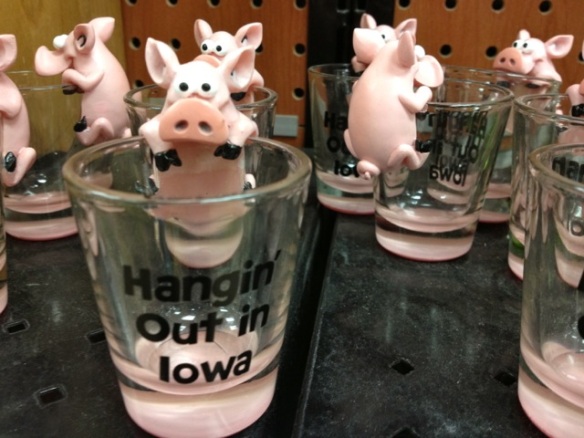 This says it all.

The skull and fairy collection. Precious. 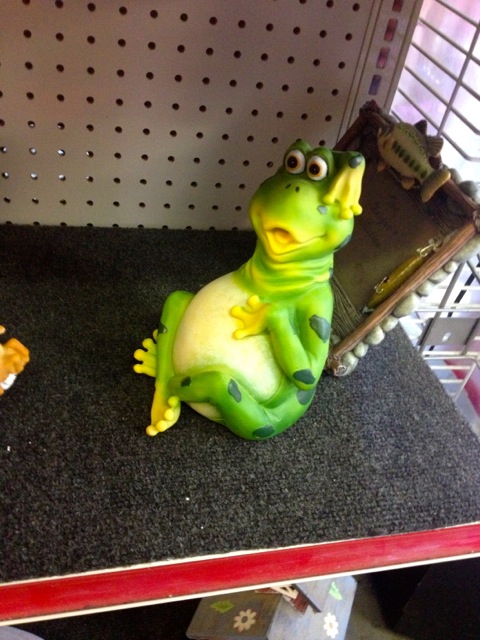 If the skulls are too scary, go for the happy-go-lucky frog.

Here is where you can keep the skull collection. 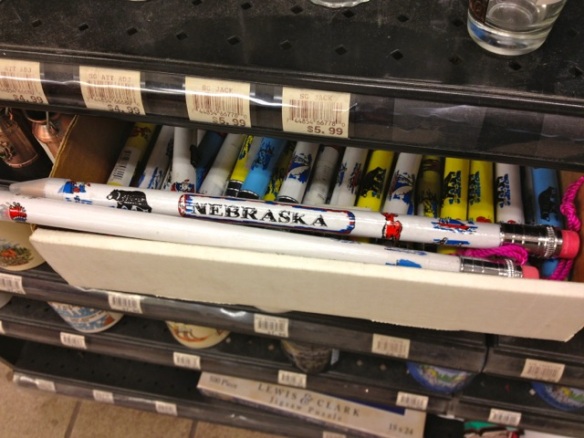 Nostalgia: I used to be the proud owner of 14 of these beauties (large pencils from a variety of states) 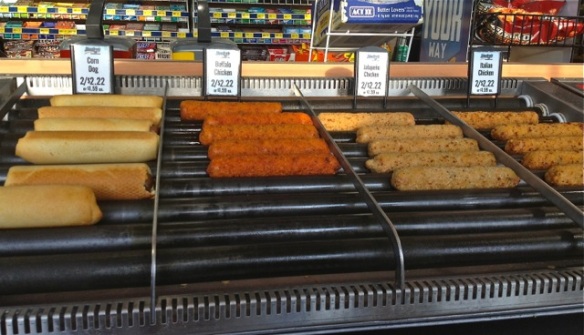 Corn dogs on a constant roll.

A variety of hot dogs exposed for all.

Beef jerky — in every way, shape and form. 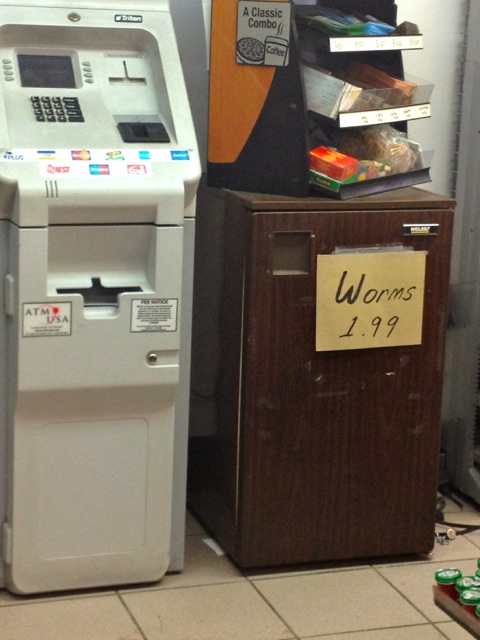 Get your cash and worms at the same time. The fish must be biting in Conifer, Colorado.