During my first parent teacher conferences at Le Fevre High School, I met with the parents of my one British student, Jessica. They had just moved to Adelaide, and, like me, they were adjusting to the Australian school system. So we discussed our observations about the differences in education.

For some reason, they seemed to forget with whom they were talking and shared an interesting insight with me. “Well, I don’t know what to think many days. Australia is getting closer and closer to a new America,” Mrs. Ford confessed while shaking her head. I believe she actually wrung her hands, too.

The observation didn’t seem quite charitable toward the US nor Australia. 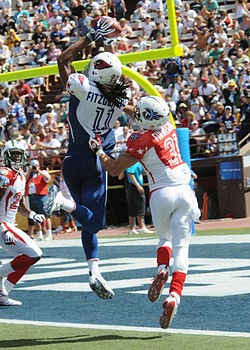 Despite that mild statement, which one would generally expect from a British subject, I never encountered any outright US bashing. Always, I felt welcome and accepted in Oz.

In the beginning, I was aware of being a “Yank,” and Australians have some definite opinions on Yank tendencies as well as our activities. For the most part, Aussies strongly dislike American football, which they have dubbed, “Gridiron.”

“Ah yeah, a bunch of pussies out there with all that armor. They think they’re these bloody gladiators, but then take all those breaks,” said my colleague and friend Brad. “Sooks!” he calls American NFL players.

I pretty much agreed with Brad’s sentiment, especially after seeing a nonstop, high adrenalin game of Australian Rules Football or “footy,” which I didn’t necessarily understand, but I enjoyed watching because of all the action.

But, really, I was curious about Australian thoughts on Yanks in general.

“So do you guys think Americans are pretty much into ourselves and only concerned with the US?” I asked my fellow teachers once in the staff lounge.

Once the principal of Le Fevre delivered a motivational speech to the school and he opined about how everything was taking on this unhealthy competitive edge in Oz.

The consequence, he implied, was that Australian society easily could go down the loo. As an example of this undesirable scenario, he mentioned the competitive kids’ version of the wildly popular cook-off show “Master Chef.”

I laughed, thinking his assessment was quite funny, and several students who sat by me in the auditorium leaned over and said, “Don’t worry, Miss, he didn’t mean you.” And I didn’t worry, because I get why people may think the US is a frenetic 24/7 Darwinian place.

Australians may not like mini Master Chefs, but, for the most part, they full on have embraced reality shows both American and their own. And there are plenty of Aussie reality shows like “Australian Idol,” “Australia’s Got Talent” and “Football Superstar” to name a few. I often tuned into the compelling “Bondi Rescue” and “The Outback Farmer Wants a Wife.”

In fact, many Australians I met confessed to appreciating American pop culture and, surprisingly, our accents. I’ve always been under the impression that American accents are like heavy metal military torture to most of the world. We either have a nasally, twangy, drawn out or in-your-face way of delivering our version of English.

At a certain point during my teaching exchange, I didn’t notice that Kurt, the kids and I had American accents anymore because the Australian English dialect sounded so normal to me. I realize this sounds strange, but everyone I listened to sounded normal — Americans and Australians.

In fact, sometimes I forgot I was a Yank in Oz. (For example, eventually incorporating the ubiquitous “I reckon” into your lexicon definitely qualifies as being oblivious to your American nationality.) After all, “I reckon” in the US is usually followed by an assertion like: “that’s some prime shine, y’all, and we better git to drinkin’ it ‘fore the Po-po come.'”

If I didn’t remember, plenty of people reminded me — especially when I shopped at Coles, a popular Australian supermarket. On more than one occasion, I would get to the checkout lane and drone on to the cashier about the money, food or a totally mundane topic and something like this would happen.

“I’m finally getting used to your coins,” I began while getting out correct change during one visit. “It sure took a while, but now I know that your smallest coin is not ten cents like it is at home.”

Encouraged by the cashier who seemed riveted to my currency conundrums, I rambled on…”And I really love your two-dollar coin. It’s so cute and shiny.”

Then the cashier stopped scanning items, stared directly at me and asked me in a somewhat hushed tone. “Where are you from?”

“The United States,” I answered wondering whether she would approve.

“I really LOVE your accent,” she blurted out and then exclaimed, “I so want to go to America some day.”

While a growing line of customers formed, she finished with my transaction but continued to talk about the US and listed some of the celebrities she’d like to see. “You must run into them all the time,” she gushed, ignoring the line of people.

Her impression about Americans was not unlike that of my students. It seemed younger Aussies thought we waited in line at Starbucks, chatting it up with Beyoncé, Justin Bieber (who’s actually Canadian) and the cast of “Twilight” every day.

I don’t blame anyone for thinking we mingle with the rich and famous, because the US publishes heaps of magazines with features like, “Stars: They’re Just Like Us” with photos of Kim Kardashian sipping a smoothie (They Like Smoothies!) or Bradley Cooper pumping gas/petrol (They Get Their Own Gas!).

My friend Nicole enlightened me on why Australians may like the accent. “Steph, I just love listening to you talk. I feel like I’m at the movies.”

Even the mother of a girl in my year 11 care group was intrigued by my accent. Her lovely daughter had been wagging school and yelling at teachers.  It was time to tell mum what was up. Generally, I detest making calls to parents about their kids’ bad behavior, because in most cases, they inevitably blame you. So, basically, I did not look forward to the phone conversation.

“Hello…Mrs. Anderson?” I said, clearing my throat.  “Hi. I’m Stephanie Glaser, Morgann’s care group teacher. So first, I just want to mention that Morgann is quite polite in care group, and I have only had good interactions with her.” I have a tendency to plow through several statements when I’m uncomfortable. “However, apparently, she has had a run-in with Mrs. Korreng.”

Silence on the other end of the line. Crap. Was she going to go off on me like her volatile daughter?

“Ahh…according to Mrs. Koreng, Morgann told her to go…well…you know. Um..to hell. And Morgan also allegedly used the F-word when she told Mrs. Korreng where to go.” More SILENCE although I could sense Morgann’s mum was still on the phone.

“I have to say that I just love your accent.”

“Yes, well, thank you. Indeed…that is flattering. So, yes,  just to let you know, I’ll be sending the lunch time detention form home with Morgann so you’ll need to sign it.”

I hung up the phone with her, and I didn’t know quite what to write in my “call-to-parent” record. But I did know one thing: Oh yeah. That’s right. I’m a Yank.