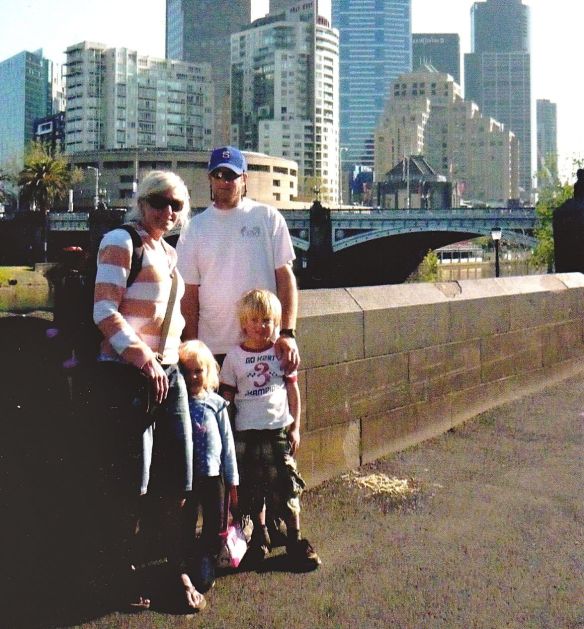 With digital cameras, it’s so easy to delete photos with mistakes or unwanted shots. Sometimes those pics can be gems, however. At the very least, they may be a reminder about a funny incident or the challenge to get the photo in the first place. So Travel Oops has a new feature: “The Unfortunate Photo!”

Melbourne,  Australia (above). I really wanted a family photo with a cityscape of Melbourne in the background. We chose a bit of an awkward spot in terms of getting several buildings in the shot. My friend Anne took the picture and was definitely intent on getting the right angle.

Unfortunately, with that angle, she also inadvertently included a pile of barf, which we had almost stepped in moments before. It caught my eye after I picked up the developed shots, and now it’s really the only thing I see when I look at the photo. It cracks me up each time.

5 thoughts on “Travel Oops: The Unfortunate Photo —Is that Vomit in the Viewfinder?”