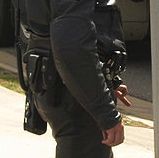 In a bulky badass stride, a muscular police officer with a military precision haircut approaches the security scene at Phoenix Sky Harbor International Airport. He wears a flak jacket while pepper spray, handcuffs and extra clips adorn his gun belt. Clearly, this guy is packing heat.

Moments earlier, a group of TSA agents had clustered around a confiscated item. Redirecting everybody but us, one agent shut down an entire row of security and called in the cop.

Travelers shoot withering looks our way while my husband Kurt and I, along with our kids Eddie and Kasey, stand at the end of the conveyor belt. Returning from Mexico, we need to make our connecting flight to Denver.

Although no one actually informs us, Kurt and I know exactly what is wrong. I look over at Kurt, who rolls his eyes. Then our six-year-old son Eddie asks the all-important question:

“Am I going to get my marshmallow gun back?” 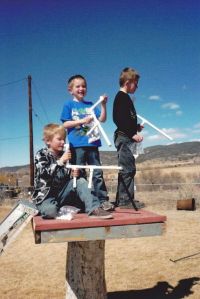 Eddie (left) and his friends armed with their marshmallow guns. © Stephanie Glaser

Months earlier, Kurt had made Eddie a marshmallow gun out of PVC piping after he had seen one at a carnival. You can actually fire marshmallow “bullets” from the toy by blowing them through any of the pipes’ openings. Like a veteran SWAT team member, Eddie assembles the entire thing, which sort of resembles a white sniper gun, in about 29 seconds.

So now we wait at the Phoenix Airport for the marshmallow gun to either be cleared or confiscated for good. Apparently, due to the Transportation Security Administration’s protocol, a professional must inspect the contraband — especially when it’s material that people use to make bombs.

END_OF_DOCUMENT_TOKEN_TO_BE_REPLACED

Cabo San Lucas, Mexico. I’m sure when the town and cruise promoters developed this sign, they were completely confident in the certainty of the statement. After all, most of the time Cabo is brimming with sunshine. However, on those off days, the contradiction of the sign really screams out to you and is quite funny. 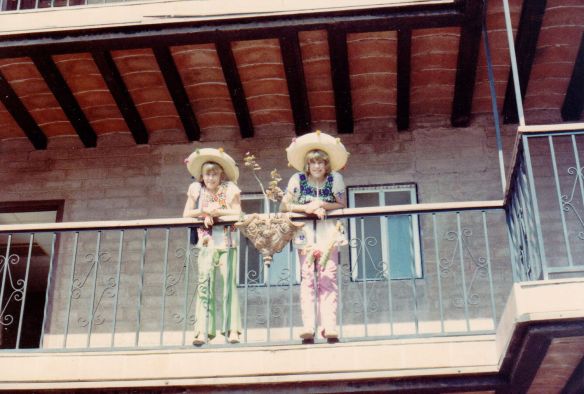 Becoming fluent in Spanish was an important goal of mine in seventh grade at Santa Barbara Junior High in 1981. Already, I knew that I wanted to travel.

Every Sunday when my dad brought in the Los Angeles Times and placed it on our kitchen table, I rifled through for the travel section, which was huge. I scanned all the ads and articles as well as filled out every form, requesting brochures and tourist materials. Many of the countries to which I wanted to travel were Spanish-speaking nations.

Consequently, to learn Spanish, I dutifully conjugated verbs, poured through my textbook and practiced the book’s basic dialog scenarios at home. Literally translated into English (only in present tense), the riveting stories went something like this:

Carmen: I go to the shoe store.

Juan: I go to the shoe store, also.

END_OF_DOCUMENT_TOKEN_TO_BE_REPLACED 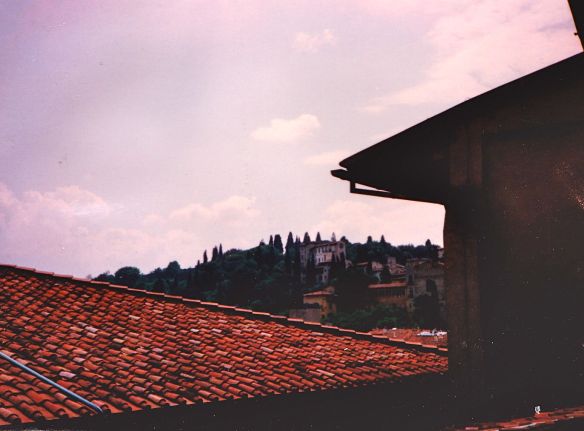 Rooftops have always captured my attention like these in Florence, Italy (above). Maybe it’s the expression “a roof over your head.” Perhaps it’s that you know underneath is a home or business. A rooftop represents not only shelter, but people to me.

END_OF_DOCUMENT_TOKEN_TO_BE_REPLACED

There’s something about a boat (like the one above in Sanur, Bali.) Partly, I think it’s about water, imagining the waves sloshing and spraying against the sides, but, to me, it’s comforting to see boats — fishing boats especially. When traveling, I always try to get shots with boats displaying flags.

Again, scenes like this are part of a culture’s daily life that, really, would it be all that exciting if I saw this at home? Actually, I am just that snap happy, because, not even thinking about it, I took photos this summer of boats in my home state of Minnesota.

END_OF_DOCUMENT_TOKEN_TO_BE_REPLACED

This photo doesn’t really need any explanation. My sister and I saw this Rep. for Viagra in Cabo San Lucas, Mexico. We immediately needed to have a photo. The Viagra Guy had no problem with this. Little does he know his promotion efforts are now online. Hopefully, it helps business. 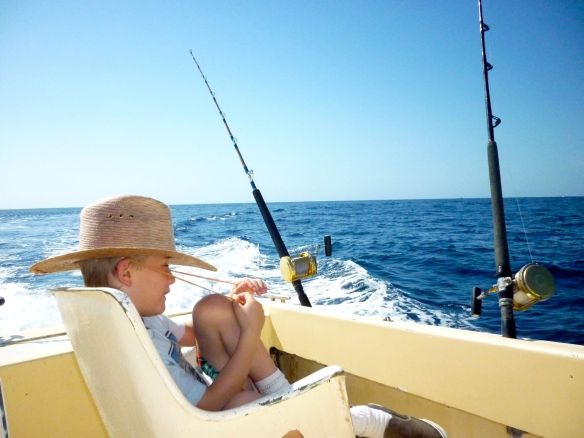 As anyone who travels knows, there are missteps, mishaps and misadventures, but then there are those perfect moments when we say: “Yeah, this is why I travel.” A Travel Ahh…

Young man and the Sea

My son, Eddie, is on his first deep sea fishing expedition in Los Cabos, Mexico. He couldn’t wait to get out on the ocean with Kurt and his Grandpa Ed. Here he patiently waits for a fish. Patience pays off and he (along with the help of Kurt) reeled in a dorado. The bottom photo clearly shows his feelings about the day.

END_OF_DOCUMENT_TOKEN_TO_BE_REPLACED

A sustainable food blog made in Cardiff